The Danish Institute of Arbitration’s caseload

An average of 122 cases per year has been filed at the Danish Institute of Arbitration (DIA) in the past five years. 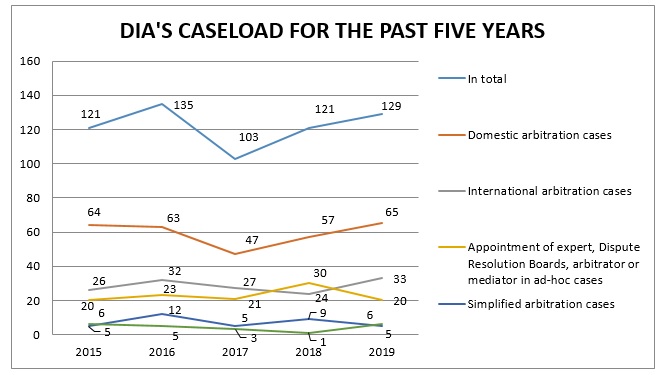 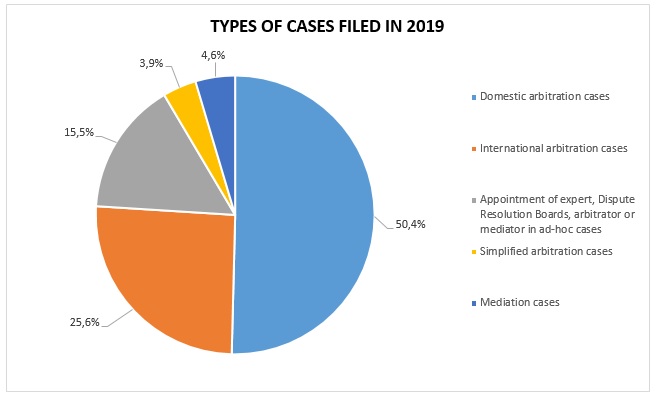 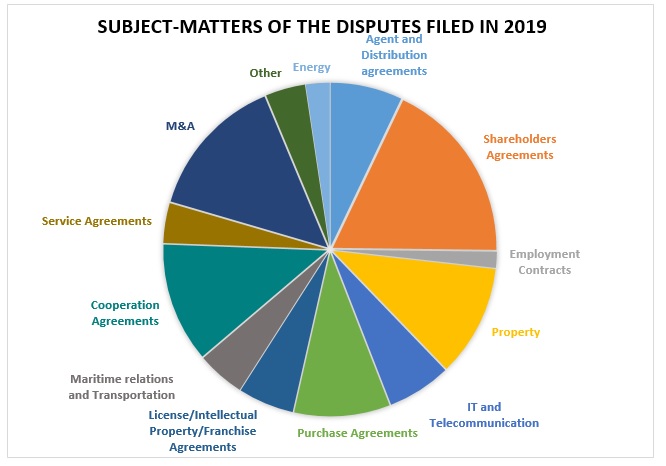 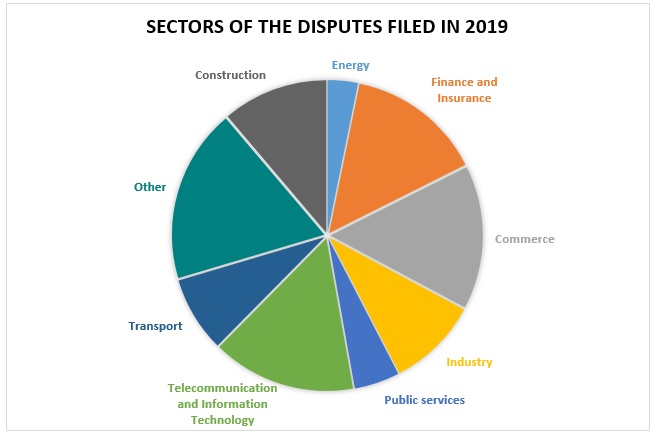 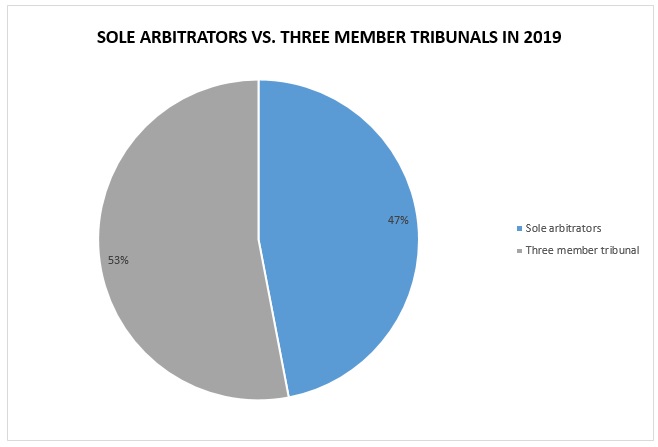 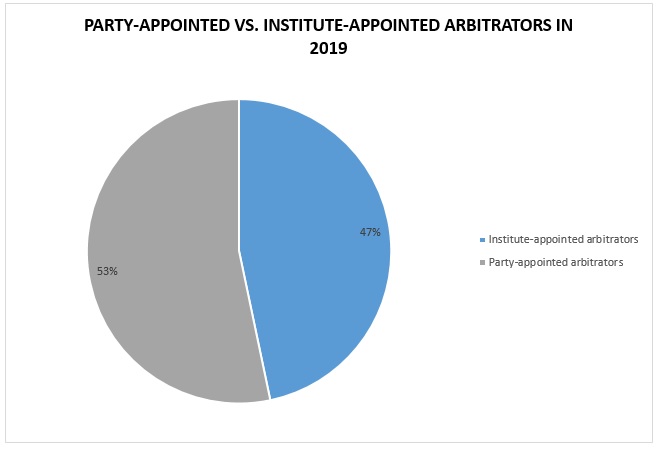 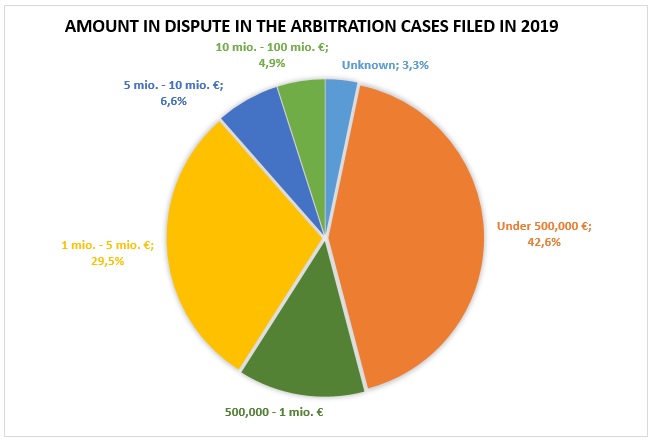 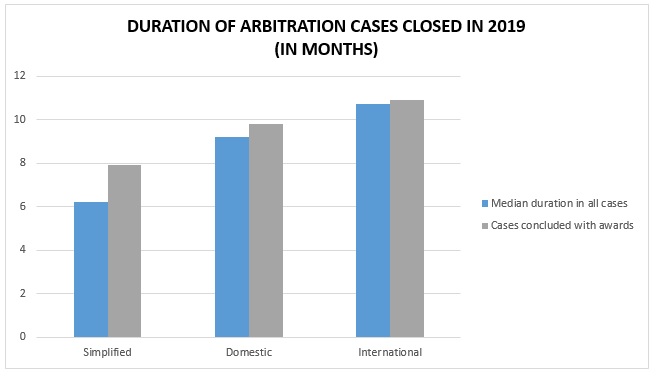 Nationality of the parties

The parties in the 129 cases filed in 2019 came from 20 different nationalities (excluding Denmark). 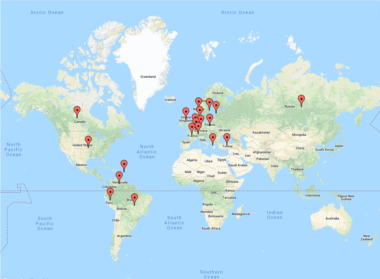 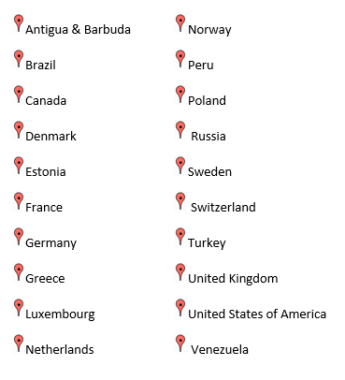 In 2019, a total of 61 Final Awards were rendered. Arbitration cases resulting in Awards on Costs due to settlement or withdrawal are not included in the number of 61.